Where to Find Us:

Here's what some of our satisfied customers have to say: 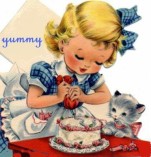 A Slice of Heaven...

My wedding cake was BY FAR the best tasting cake my husband and I have ever tasted!! We still dream about it and have talked about digging into our anniversary cake early because it was THAT GOOD! (It was the champagne flavor with strawberry filling and traditional buttercream--highly recommend!). And not only did it taste amazing, it was absolutely beautiful too!! I highly recommend Phill! She was simply a pleasure to work with and her cakes are out of this world!!

It was a Breeze!

Phill did an amazing job on our wedding cake! Everyone, and I mean everyone LOVED the cake! We were able to choose three flavors and she worked with us to fit our budget! Overall our cake was a hit! HIGHLY RECOMMEND!

My cake by Phill was both beautiful and delicious! It was a four tier cake with service for 200. Each layer was a torte of two cake flavors and 3 fillings. I choose combinations of vanilla and chocolate cake with raspberry, fudge and Bavarian fillings. The outer frosting was a mix of Italien and American buttercream which gave it the rich buttercream taste without being heavy. Phill arrived on time and setup the cake beautifully.

Couldn't ask for anything better. ﻿

I became obsessed with cake. I tried everything in North Eastern Ohio. Well, at least 16 different places. I was mostly concern with taste but I wanted something pretty too. So when I found Phill I was so excited. Her cakes are the best tasting cakes I have ever had. But what really was special about Phill was her ideas and decorating ability. She took my ideas and created a beautiful fall cake that was simple yet elegant. She created what I described to her. I had a beautiful looking cake and a delicious one too. All of this at a reasonable price. I was very lucky.